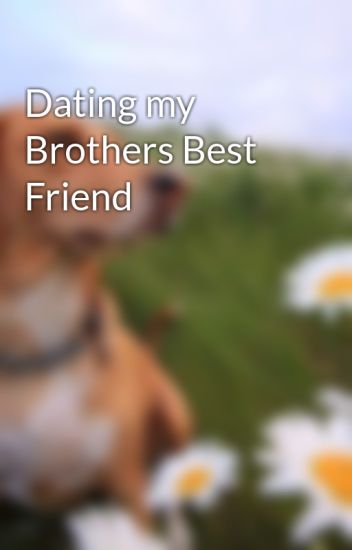 See, I tried to keep the cursing at bay. Maybe it was because of Jimmy. I didn't know what to expect from him anymore. And now he'd even kicked me out of the house. I'd say that is pretty needy," he smirked. Or maybe he wasn't smirking and it was just my imagination that made him cackle like dr Evil, I didn't know anymore. I sighed heavily, surprising Collin by not having a comeback. He didn't say anything about it though. A few rainy, boring and silent hours later, I decided that it was about time I'd dropped by Jimmy's house. Something I wasn't feeling too comfortable about.

I felt like there was something wrong, and I wasn't keen on finding out what. I got my bags, left without a word and went to Jimmy's. Halfway there, it had started to rain again.

I got out of the bus and shivered as I felt the rain on my skin. I had to take an umbrella next time. I pushed it open and found myself in the middle of an enormous mess. People were sprawled over furniture and ground. The stench of beer and cigarettes came flying to my nostrils and I wrinkled my nose in disgust.

I quickly proceeded to Jimmy's bedroom, only to find him lying in bed with two lush redheads. I knew he'd always had a thing for redhead and maybe I'd even let him get away with it, if it hadn't been for the three of them being stark naked. Disgusted, but not so much surprised, I managed to find a notepad and a pen and scribbled down a message, saying that we were over and left the house.


There wouldn't be a bus for at least forty five minutes, so I started walking in no particular direction, because I had nowhere to go anymore. I didn't even shed a tear.

I suppose I'd seen it coming. Like I've said before, we'd been fighting a lot lately and I'd been glad to leave his house for the night.

What would become of a cold, heartless bitch like me, who wouldn't even shed a tear over her cheating boyfriend? I had nowhere to go and no money for a hotel. Collin opened the door once more and made a face at my drenched figure. My blonde hair was sticking to my face and my clothes were soaked from the walk I'd taken. Defeated, I walked in, my shoulders slumped, my head low.

Mum always told me to hold my head high and face the world, but I suppose there's a time and place for everything. I walked right into the bathroom, stripped naked and turned on the shower. Shivering, I listened to the water run and turned after steam was making its way up to the ceiling, I stepped into the waterfall. The water had a soothing effect on my sore muscles and I stood there for about half an hour, never taking up a wash cloth, shampoo or anything, when suddenly, I heard banging on the bathroom door.

Every now and then his British accent got to me. Despite being raised here since he was four, his accent was ever so apparent whenever his emotions surfaced and got the better of him. I grunted in response and killed the water. Groaning, I wrapped the towel around my small frame and stepped outside.

Collin was looking at me weirdly, which reminded me of the time he'd sneaked in on me showering. I'd showered in a bathing suit for the next three months. I was here all alone, without my belongings, boyfriendless, no friends or family nearby, stuck in a tiny apartment with nobody less but Collin.

Hot tears were streaming down my freshly washed face, leaving salty trails on my cheeks. I didn't know what to do anymore.

Disturbed, I raised my head to look at him. He was sitting opposite me on the couch, looking at a point over my shoulder. For a brief moment, I thought he'd comfort me, but then he brushed passed me and went to his bedroom. I heard the door close and I started sobbing silently to myself, biting my hand to keep quiet. My head was starting to ache and my body shivered. It stung that Collin had left me here by my messy self.

I didn't know why, because quite frankly, I'd done the same if it were him probably. Feeling miserable and bitter, I closed my eyes to stop the tears. Even though Jimmy hadn't been the love of my life, it still hurt to be disposed of like that. Or well, being cheated on like that. I think I've cried myself to sleep, because the next thing I knew, I woke up because someone was nudging me. My head felt heavy and my eyes swollen.

My eyelashes were sticking together because of the salt and my cheeks felt sticky from the tears. I rubbed my eyes and found Collin standing next to me, his eyes averted, focusing intensely on something else. I glanced down and saw how my boobs have nearly fallen out from under my towel and my eyes bulged. Hastily, I seized the clothes, muttered a hurried "Thanks" and raced out of the room, holding on my treacherous towel for dear life. Oh god, oh god! I just nearly exposed myself to Collin. I could feel my face getting heated and tried not to think about it.

Gratefully, I peeked down at the clothes that were lying in front of me on the bathroom floor. They looked like Collin's, or perhaps some things Jeff didn't take with him. It included a pair of boxers. I could only hope they were clean. Collin was looking gloomily out the window. I didn't know what to do at this point.

I mean, I could hardly get back to being hostile, right? Slowly, he turned around and looked at me. He looked somewhat saddened, but I didn't mention it. Instead, I just stood there, not knowing how to handle the situation.