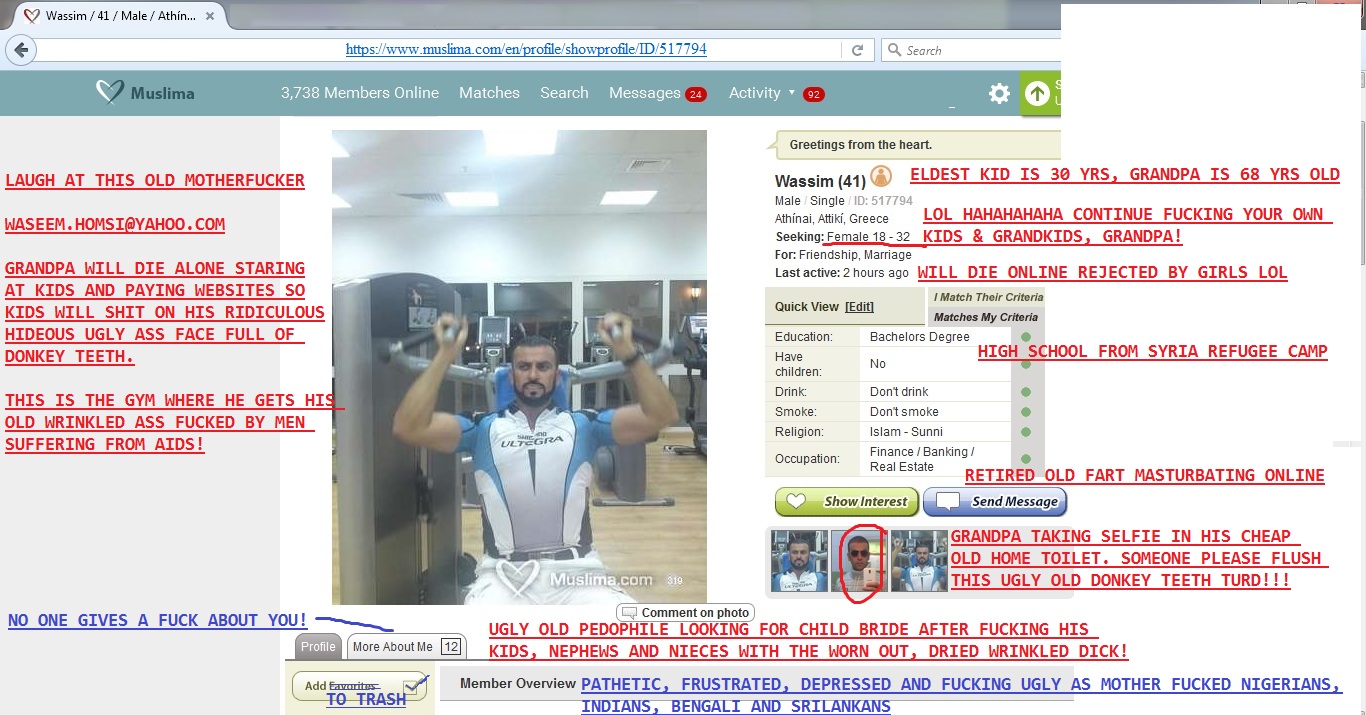 Before she got on the train, I told her that I would buy her data and that it's okay and insisted, but she was just saying "wallah it's okay, I don't use data anyways and it'll go to waste. I'll just text you over whatsapp when I'm home" so I was like okay. After she got home, apparently her mom got mad that she's not studying for her exams and we weren't able to hang out today. But we will try for tomorrow.. During this time, I reached out to a fellow redditor who told me he went through something similar with a Moroccan girl but his was a scam and he wasted 2 years of his life and a lot of money.

So my main question is, how do I find out for sure if she's scamming me? How can I prove her innocence? Right now I'm reading online about these scams and assuming the worst, I'm thinking from the mindset of "guilty until proven innocent" and because of that, my mind is also clouding my judgment. It seems so out of character for her it's nuts. So I need some advice on how to proceed.

I know where she lives, I know a bunch of things about her and her family. Even one of her cousins and her Facebook. By the end of my vacation, I think she was just nervous and didn't believe me that I was coming to visit her. After our first meeting, she completely changed with how she treats me and looks at me. We are getting along X better now, it's a miracle. While we have been talking for the past year online, I think she never believed me that I was actually serious about our relationship.

When I landed in Morocco and I sent her a photo of Casablanca, she was totally shocked. Her response was, "You're really here!? My perspective changed after our first meeting. Also because I just wanted to be honest with her, our first meeting I did bring up some points discussed in this thread by others, I was completely honest with her about scamming stories, etc She said she understands where I'm coming from, but then proceeded to reject and deny everything I tried doing for her - saying, "If you think I'm only after your money or scamming you, then I don't want you to buy me anything anymore.


I only want you". And that hit me in the feels and I realized too how big of a douche I was being. But after a week of us hanging out while I was in Morocco, she never once asked me for anything, or accepted anything from me, but was totally happy just being with me. That alone changed my perspective, I asked her to forgive me and we made up completely, things couldn't be better between us. Also regarding the gift, she said she did want to give me a gift, but she didn't have the time to search extensively.

In the end, I told her I just want something to remember her buy.

She gave me a note that said, "Everything I've never done, I want to do with you. I love you" and put a kiss mark on it with lipstick. It was cheap, inexpensive, and it meant more to me than anything else she could've gotten me. She lives me and continously tries to be with me and take my time, she only wants my attention and no one else's, even speaking about other guys or when we're hanging out she always comments, "who cares about them, I am yours" and things like that.

She was definitely hurt when I did confront her about Moroccan scams and even mentioned that there's a possibility that she could be using me or cheating me, and she told me to never buy anything for her ever again.

We use that to video call and VOIP call and avoid all of the restrictions there. First of all, I feel personaly offended, and I'm not even that moroccan! All these people saying how moroccan girls usually scam and all this BS. You are being so steriotypical: OP you are the one who personally knows the girl so you are the only one who should be able to say if her feelings are real.

That being said, isn't engagement a thing there? Do you just go straight to marriage? I would say, wait till she gets her degree, then come back with your parents so you look much more credible and serious about you intentions and talk about getting engaged first. This way you will officialy be her fiancee and have the chance to publicly go out with her and visit her without any problems.

When you get to know her, her family, her friends and finally decide that she is really the one then arrange the marriage! 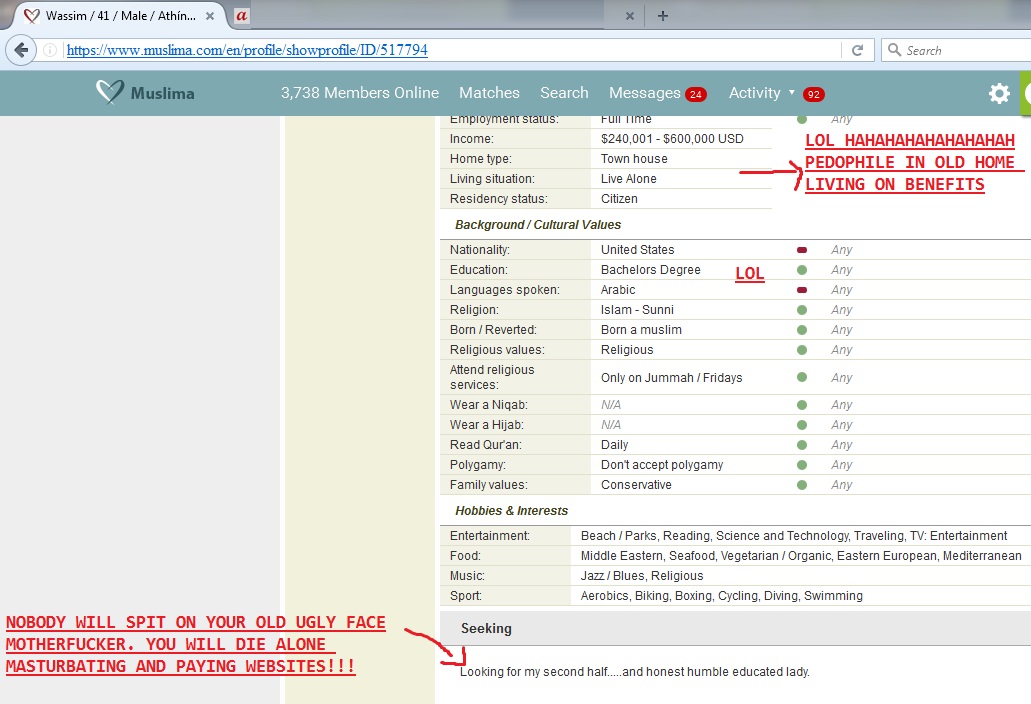 Don't rush and don't force things, I would suggest you spend a year engaged before actually talking about marriage. Hope I was helpful and best of luck with your relationship. Hey brother, I'm in a same situation as yours but it is not that advanced yet.. You said your girl has different alias in the social media, well my case is the same but only in Facebook, in the other platforms she's got her real name which is weird, but honestly I wouldn't percieve this as a red flag as there's many reasons why she would do that..

I mean, most of the moroccan people I know don't have their real name on their social media, I think it's for family or people hiding reasons but not sure about it as they don't usually admit it.. I'll be honest with you, I'm also very hesitate towards her, as very lately the conversations we have are only about her and she doesn't even care about me, even if she asks me something like "how was your day", I would respond something but would always respond me with "Ammm good" , but she still tells me that she loves me everyday..

About the money part, I don't think she is a "gold digger" as she clearly showed you when she was mad about your suspicity on her..

In my case, im not sure, but one day I told her that I wanted to gift her something and I asked what she wanted, and she responded with "I want you as my gift" I guess that's a good sign. I think the fact that she's talking about herself a lot is a good sign personally, my girl never used to speak about herself. She would always ask me about myself and never dig into me. I'm a selfless guy, so I hate talking about myself, I like talking about others, complimenting them and making them happy - that's what makes me happy. I wouldn't be hesitant towards her or neglect your love for her, but I do think you should bring up why she doesn't ask you about yourself.

See if she has an actual reason for doing it, if it's anything like it was with me, then even though she says she loves you, she's still nervous you're not serious about the relationship. I was in a relationship for an entire year she never once told me she loves me because she says she doesn't like using that word loosely. She has never said it to anyone and doesn't want to say it unless she feels that he's truly Mr.

Right and only when I visited her country is when she knew I was serious and completely changed her personality and opened up much more. My advice would be to be consistent and persistent, don't give up, and don't lose interest. But make her realize somehow that you're serious about her, and also make sure it's not one-sided. One thing I also did to become closer to my girlfriend was to have her take the relationship personality test:. This helped me understand her more and what her ideals are. It made us closer because I understood her bounds better. So I'm coming from a different perspective on this-- American girl who just ended a 2 year relationship with a Moroccan guy.

Can't relate to the online dating because we met while I was finishing up college in Morocco, but can definitely relate to some of the culture differences. I'm kinda with you on the "aliases" not being a huge deal since Moroccans tend to just have a TON of different accounts.

My boyfriend would always forget passwords and just make new accounts leaving the others dormant. That being said, he did cheat and conduct at least one online relationship possibly 2 or 3 with girls from other western countries from the same Whatsapp and Facebook he used to contact me we had discussed them and he gave me completely valid stories about their friendships which turned out to be lies.

Just be wary, especially since you initially met her online and not in person. Of my many Moroccan girl friends, I can only think of one girl I met who "dated" online.

She is very much a scammer. In my experience, it's the guys who connect online and the girls at least the good ones! Not pigeonhole-ing your girl, just keep that in mind. He did and still does love me. But we broke up essentially because he couldn't drop the "do the visa papers! He wanted a life in America and I didn't. This girl might not be scamming you, she might really like you my bet is on this.